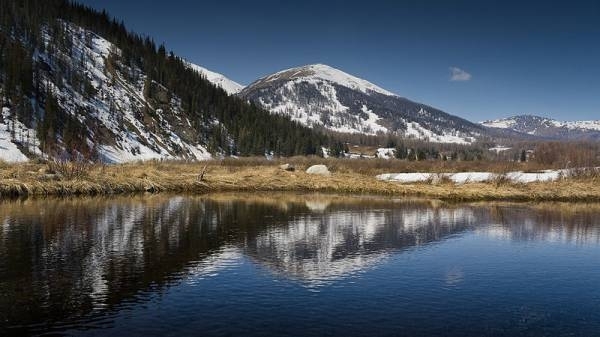 The Markakol state natural reserve was created on August, 4th, 1976 in the territory of Kurchum region of the East Kazakhstan district for the purpose of preservation of unique Lake Markakol and landscapes surrounding it. The current area of reserve makes 75 thousand hectares, its considerable part of 46 thousand hectares is related to water area of the lake Markakol. The overland territory is divided into two sites, occupying southeast coast and northern slopes of the ridge of Azutau, and the Valley of Topolevki River and part of the watershed of Kurchum ridge. The reserve is surrounded by security (buffer) zone with the area of 2,2 thousand hectares. For the realization of recreational activity in the east part of the water area of the lake, sports and fishery zone with an area of 1,5 thousand hectares was allocated. Geographical coordinates of the central part of the reserve - 49°16 ΄ of northern latitude and 86°37 ΄ east longitude.

Markakol – the largest reservoir of Altai, located in a picturesque intermountain hollow at height of 1500 m above sea level. The lake has the oval-extended form and is stretched from the northeast to the southwest. Its length is 38 km, the maximum width - 19 km, length of the coastal line is 106 km, depth - up to 24-27 m (average 14.3). The lake hollow is formed by ridges: Kurchum – from the north and the west, Azutau – from the south and the east, Sorvenkov belok – from the northeast. Ridges have heights of 2000-3000 meters above sea level. The highest point of district – the mountain Aksu-bass (3304.5 m).

Сlimate is sharply continental, with severe multi snow winter and in warm moderate-damp summer. Area of Markakol is the coldest place in Kazakhstan and Altai. The average daily temperature above 0°С keeps 162 days, lower 0°С – 203 days. Duration of a non-frost period is 60-70 days. In the summer temperature rises up to +29°С. Winter is characterized by strong frosts when the temperature falls up to-45°C, sometimes-53°C. In December-February the temperature within several weeks can keep in limits-35-40°C. The first snowfalls are in the beginning of October. The snow cover is usually established in the first decade of November.

Landscapes of the Markakol hollow are characterized by riches of flora numbering about 1000 species of the higher vascular plants, including 12 species of trees and 22 species of bushes. 15 rare and vanishing species included in the Red book of Kazakhstan grow here. The Markakolsky edge is famous for a variety of herbs since a long time. From them the most popular are «a red root» – tea tick trefoil, «maral root» – rhaponticum, legendary «gold root» – snowdon rose and others. Wood slopes of mountains abound with berry bushes: a red currant – well-known « shamrock», a black currant, a raspberry, «barberries» – Altay honeysuckle, Altay rhubarb from which local residents prepare magnificent jam, famous for miracle force. From other food plants, the Altay onions are also used.

6 species of fishes are found in the lake: lenok, Arctic grayling, an ordinary minnow, a gudgeon, a loach. First two species are endemic forms which are peculiar only Markakol. The most famous among them is lenok, more known among the Altay inhabitants under the name «uskuch» and is the symbol of the reserve.

The big variety characterizes fauna of birds. From 258 species, noted in the Markakol hollow in different years, for the period of reserve existence 239 species are found, from which 140 species of swimming bird. From a number of rare and disappearing birds, included in the Red book, there are 19 species in reserve, including seven nesting: a black stork, a crane, a fish hawk, a white-tailed eagle, a golden eagle, an eagle owl and Altay snowcock.

Among 58 species of the mammals living in reserve, prevail representatives of taiga and high mountains. From hoofed animals - the maral, an elk, the roe, the Siberian goat; from predatory – a brown bear, a wolf, a fox, the Siberian lynx, a glutton, a sable, an ermine, Alpine weasel, Siberian weasel, steppe polecat, the American mink, a least weasel, an otter are found here. 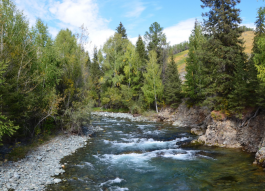 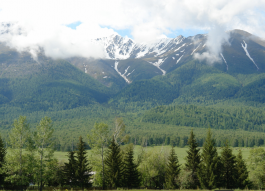 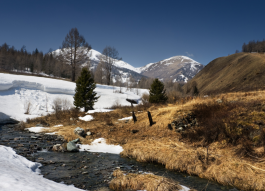 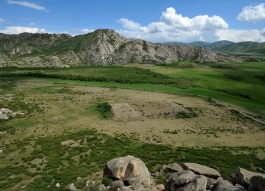 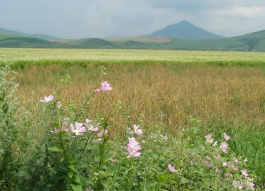 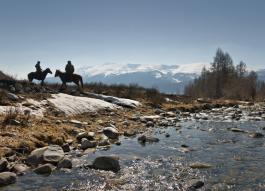 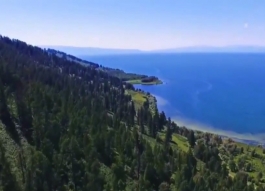