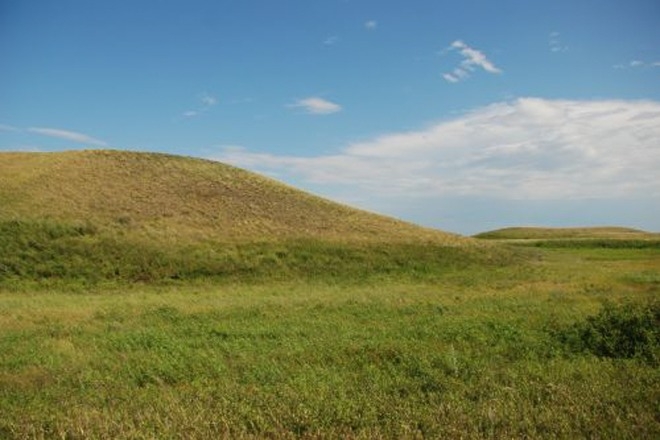 The highest archaeological mounds in the world are in the territory of Kazakhstan. This amazing monument of sarmats called - Kyryk-Oba. "Kyryk-Oba" mounds are contemporaries of Egypt, pyramids and attract the attention of scientists all over the world.

Burial mound complex is located on the territory of Burlin district of the West Kazakhstan region, 5 km from the Algabas village, on the watershed plateau. It consists of dozen large mounds, which wide strip for tens of kilometers. There were three main mansions, which were called "royal" burial mound and had giant size. The mound with a diameter from 80 to 150 m, height from 8 to 20 m are at the top and have deep craters - evidence of ancient robberies. On the largest mound, on separate sites are signs of stone "shell", which previously cover the surface of the burial construction.

Scientists divide the Kyryk Oba burial into 2 main complexes. They are located at a distance of 10 km from each other. Group of 6 royal burial mounds are part of Kyryk-oba I complex, and Kyryk Oba II complex has 40 mounds with various sizes.

According to historians, these mounds were appeared in the western Kazakhstan steppes in the 4th millennium BC. Royal burial mounds attracted particular attention of archaeologists. Height of the largest of them is more than 20 meters: the world archaeological practice has not yet been mounds’ excavation with such size. "Kyryk-Oba" Complex is unique, that is why it attracts the keen interest of archaeologists from many countries.

The investigation shows that the funeral rites and burial of Kyryk Oba are very diverse. Burials are different from each other. For example, the wooden constructions on the graves had a tent view. The tomb and the entrance to the crypt were discovered, also there was a collective burial in an open area. In 2001, there was opened "fire temple" - a place, where the pagan gods made sacrifices. There was observed skiff direction of cultural relations of people in Kyryk-Oba, who lived in Uralsk.

Accompanying equipment (objects of worship and life) was obtained during archaeological research, on one hand presented typical duffel sets (weapons, horse bridle, ceramics) of local and neighboring synchronous cultures of nomads, and on the other hand, many imported items from the Ancient East.

During the opening of the upper layers of the mound, many bones of horses were found on one of the largest burial mounds. They were located radially from the center of the mound, in the form of separate small clusters. Fragments of molded ceramic ornament and without it were met at different depths of the mound. Terms of all findings are such that the possible accidental origin, which hit during a robbery, erosion of mounds or importation of animals, etc. - should be deleted. A stone altar with three zoomorphic legs was found at a depth of 0.4 m, on the south-eastern sector of the mound. Two legs of the altar were repulsed, and the third was split completely off. The legs were made in the art of sculpture. There was image on a side of the altar, which was carved in bas-relief. In addition, the upper layers of the mound found numerous bronze objects, parts of horse bridle and arrowheads.

Scientists call Kyryk Oba mound complex as another wonder of the world. Most of them give idea of creation historical - cultural and Natural Landscape open air museum-reserve - "Steppe pyramid."

Project of reserve creation has not only scientific, but also an important social and practical significance, as soon as the museum-reserve will be the investment center of tourism industry not only in Kazakhstan, but also around the world. 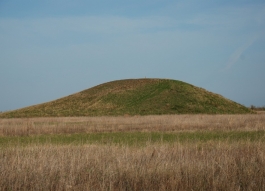 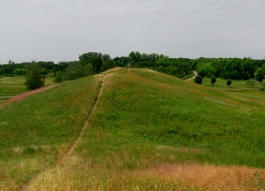