Mausoleum of Baba Tukti Shashty Aziz was built in the open area, not far from a reservoir, near the village Kumkent.

It is dated as the mausoleum of 19-20 centuries: has been entirely reconstructed on the old rubble base from a burned brick in a front laying.

Single-chamber mausoleum of the front composition. The volume of a chetverik has been topped with a spherical dome on cylindrical. drum. Facades are smooth, without decor.

Main - with an entrance in the center - it is accented by a superficial lancet niche and 2 turrets of the guldast on building corners.

In an interior on axes of the square room lancet arches on which through thyroid sails the dome leans are executed. A wall is plastered and whitewashed. In the center of the room, the brick gravestone is established.

Nowadays doesn't exist. The modern building is built in 2006. 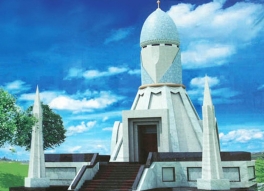 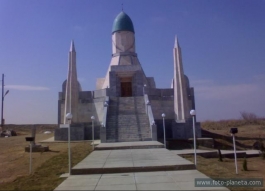 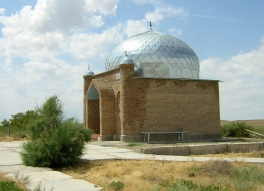 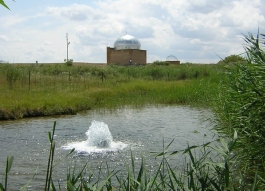 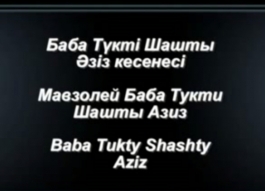