The natural boundary Koybagar is in a foothill part of Northern Karatau at the height about 700 meters above sea level, near an entrance to the picturesque gorge Karakuys, snow slightly dense thickets of a crab, a dried apricots, Boyarka and dwarfish cherry.

The natural boundary in the meridional direction is cut by the bed of once rough mountain river Karakuys which has nowadays kept only a small part of former power filled with boulders.

Rock drawings are located on three hills (Koybagar I, II, III) extended by ledges along the gorge perpendicular to the main ways to Sick Karatau. These hills are represented by the flat-topped leaves covered with quarternary deposits. Ancient drawings were beaten out on a surface of blocks and small fragments of the garnet slates cemented by loams.

The bulk of rock drawings is grouped on the southern, southeast and east slopes of stones, on stones with rather a plain surface and strong latin letters. The biggest hill to the gorge Koybagar I is 8 km to the southwest of the central part of state farm Syzgan of Suzaksky district of the Chimkent region.

With the East, the North and the South it is framed with other shaft and hills to which connects poorly expressed isthmuses which are washed away by spring waters. The hill Koybagar II is located to the northwest of previous and separated from her by the small gorge on which bottom the way from state farm of Syzgan in Karakuys is paved. The hill Kobagar III alone towers among the plain, and her trapezoid silhouette is visible from far away.

She is in 700 m to the northwest from Koybagar II. Between them, the valley on which bottom the stream originating in Karakuys proceeds lies. The hill Koybagar I is extended from the North to the south on 820 meters, its width in different sites fluctuates from 50 to 80 meters, and height is 70 meters. On Koybagar of I 321 stones with the engravings numbering the 817th separate the image and scenes are found. For the convenience of processing all stones are conditionally broken into three groups.

Images are reckoned from a southwest part of the hill from the white ridge formed by light boulders. At once behind her, the first group of engravings including the first 50 images begins. The second, most numerous group is separated from the front by a 20-meter page with stones, small and inconvenient for an engraving. This group lasts on a southeast slope to the following site which doesn't have images.

About 40 stones with images are located on the western slopes of the hill, generally in her southern part. Among petroglyphs, single images of animals prevail goats, arkhar, boars, camels, horses. It is a lot of images of human figures. Compositions are simple this images of the people conducting on a string of camels, figures of archers horse and pedestrian. Is boulders with complex compositions in the second and third groups. 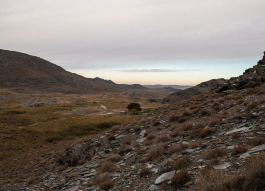 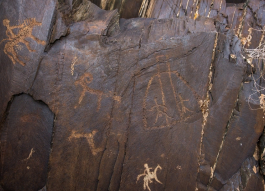 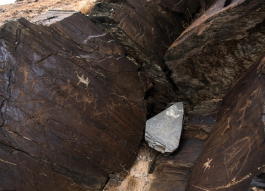 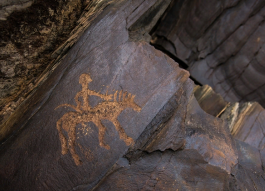 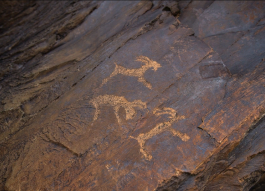 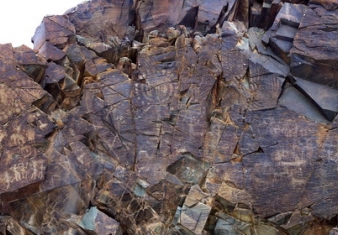 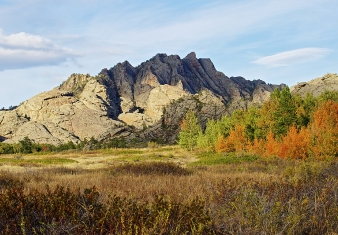 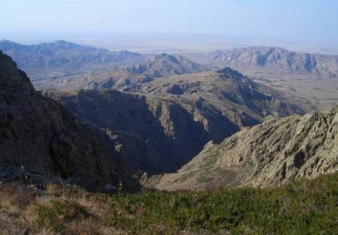 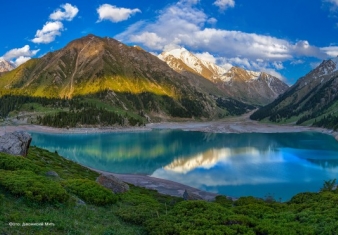 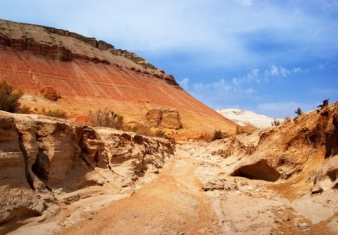 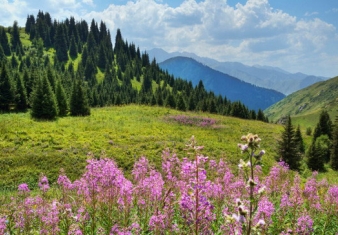