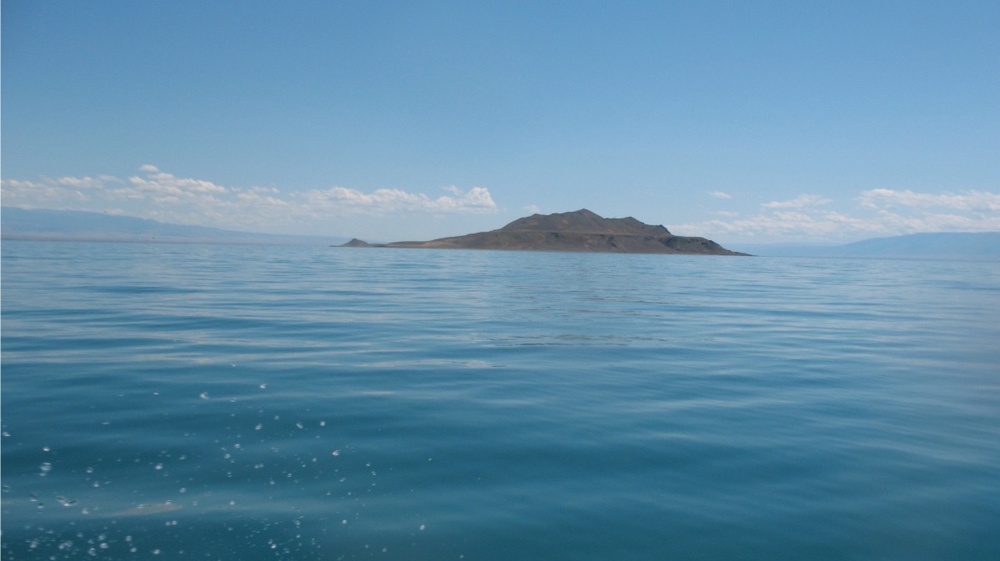 One of the unique lakes of Kazakhstan is Alakol Lake, salty closed lake, situated on the Balkhash-Alakol lowland, which is in the border of Almaty and West-Kazakhstan regions, in the Balkhash side of the Alakol basin. The lake had several namesduring XII-XiXth centuries: Turge-Nor (from Mongol it means “The bridge lake”), Alaktogol, Alateniz, Alakta.

The coast lines are deeply cut by multiple semi islands, capes, gulfs, bay. The Large and small Balgyn gulfs are rather deep and they are used like ports-refuge.

There are Ulken, Kishkene, Araltobe, Belkuduk and other islands are there in the center of the Lake Alakol. The climate of the coast is sharply continental.

There is a compound wind regime over the Lake.

The maximum wind speed over the Northern parts of the Lake achieves 40-50m/sec., over the South-eastern and central parts amounts 50-60 m/sec. The winds are more active during autumn and winter period, when the wave height is 2-2,5 m. The longitude of the freezing is about 2 months (February and March). The most thickness place of ice is 0,8 m (in February).

The melting of ice is in April and in the beginning of May.

The water temperature in the end of May achieves +7-+150 C. The Mineralization of water in the water area fluctuates from 1,2 to 11,6 g/l. The water is chloride- natrium and chloride sulphate- natrium. The water of the Alakol Lake contains the great amount of fluorine and brome. The phytoplankton is presented by 58 types of seaweeds. The cane grows around the Lake, sedge, woodreed, rush, mild flora, arrowhead, water plantain, parrot's-feather, hornwort. Zooplankton contains 80 types. The waters of Alakol amount 8 kinds of fish. Food fish of them are: pike perch,

There is musk-rat in the entry of the running into the Lake rivers. The ducks, cormorants, jackdaws, loons, swans, pelicans, herons are on the coast. There one can meet African wild cats, water rats in the reeds bush.

It is known that many years ago past water “cups” named Alakol the Great Silk Road passed over. The camelcade of that time could not refuse to stop for drink and washing in the waters of the Lake and they noticed that the salty waves restored the power and strengthened health. The skin callus on the legs, the wounds on the body cured easily. Those who suffered from lumbosacral radiculitis forgot about their backaches and even they stop to quarrel and ague. The modern medical research confirm the medical effect of the Lake water. The sea breeze of the Lake Alakol together with hot and dry smell of the steppe air, have favorable effect to the surrounding.

As archeologists note this unique place is marked on the map of Kazakhstan as “Silk Road for birds. Birds usually stay here to have rest flying from the North to the South. There is a real paradise for them there. From 300 types of birds 38 are listed in the Red book of the International Unity of Wildlife conservation. Ancient seagull, European white pelican, Dalmatian pelican, egret, spoon-bill, black stork, whooper swan. There are also Iliy marinka in the waters of the Lake.

The remoteness from cities and the severity of the climate kept the Lake and its fauna from tourists. There are a lot of people there now during summer period. But the disturbed “eco capsule” can cause many troubles. That is the reason why Kazakhstan, getting Independence, seriously worries about ecology. The Parliament of Kazakhstan ratified the Convention of biological variety and confirmed the strength to save the unique natural resources. The real step over the realization of these documents became the creating of Alakol State Reservation in 1998.

Concerning the origin of the name Alakol the scientist G. Konkashbayev suggested, that it came from the union of Turkish and Mongolian words Ala + Kol which means “Great lake” or “Mountain Lake”.

Another suggestion of the unusual name is the variable shapes of the lakes, which conclude the Lake system of Alakol.. The color of water in the Lake is unusual, Alakol is pale and dark-blue, Sassykkol is blue, Korzhynkol is grayish, Kylytuz is yellow. Making the conclusion, we can note that, the variety and uncommonness of the shapes, location, water volume and color made natives to call the Lake Alakol where Ala means “many-colored, and variable”

There are comfortable houses and recreation areas on the coast, allowing you to combine a pleasant stay and treatment at the shore of Alakol Lake. Our recreation center “KAIYNDY” is waiting for you! 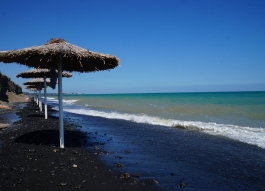 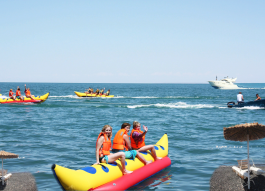 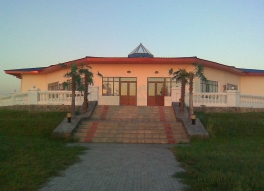 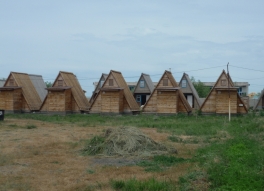 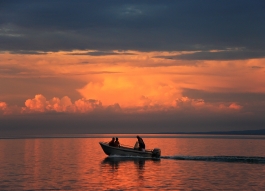 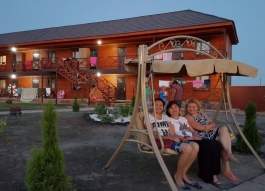 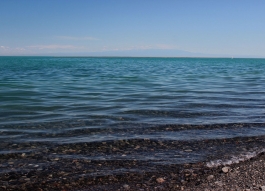 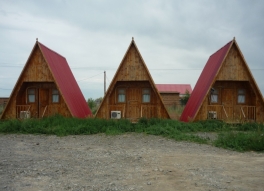 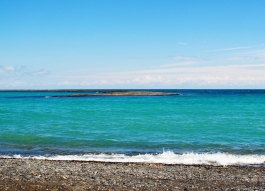 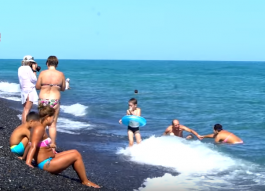 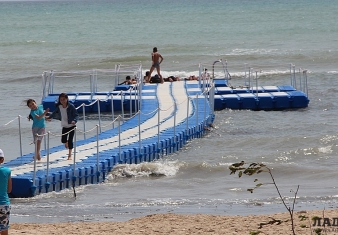 The Caspian Sea may not be filled with beach resorts or be entirely suitable for recreational use, but entertainment, recreation and health facilities are available to provide essential amenities for a comfortable rest and leisure. 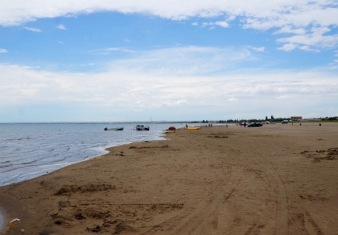 One of the most visited places in summer in Almaty region - Kapchagay reservoir. This reservoir was created with the aim of regulating river flow, for commercial purposes. However, one of the largest lakes in Kazakhstan is very fond of people. 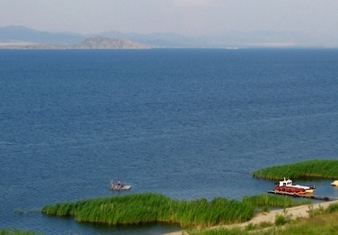 The Bukhtarma reservoir is a very big artificial lake in the Altai region of North Kazakhstan. It’s even one of the biggest of its kind in the world. It is a popular holiday spot for locals, who like to grill on the shores, sunbathe or fish. 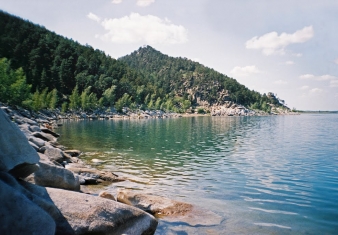 In the Northern Kazakhstan, between Astana and Kokchetav there is a wonderful region, real oasis – Borovoe. 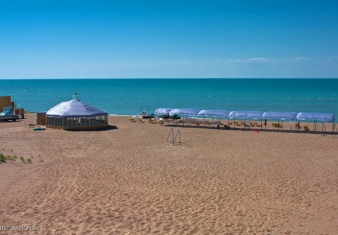 The Balkhash Lake is a large inland of water after the Caspian and Aral seas. The lake - 614 km, width - from 3.5 to 44 km, maximum depth is 26 m. The phenomenon of Balkhash is different mineralization on its western and eastern parts connected by a narrow strait.