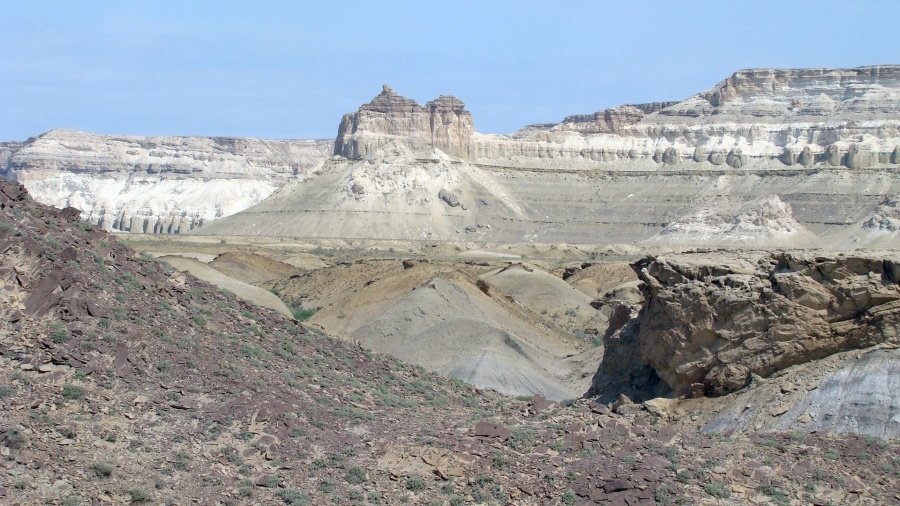 Ustyurt Nature Reserve is a nature reserve, created on 12 July 1984 in what was then the Kazakh Soviet Socialist Republic (K.S.S.R.), in Mangystau Region, southwest Kazakhstan. Its area is 223,000 hectares (2,230 km2) and lies within Ustyurt Plateau. The reserve lies near the borders with Uzbekistan and Turkmenistan. Its purpose is to preserve the deserts as well as the rare flora and fauna. The Sherkala mountain and the Valley of Balls lie within the reserve. In addition, it contains a big variety of flora and fauna.

There are 250 species of flora from 163 different genera and families within the reserve, such as cactus, gray sage, feather grass, anabasis-salsa, and saltwort. 37 of the species come from the Chenopodiaceae family.

About 44 species of mammal live within the reserve, including many rare animals, such as the Ustyurt mouflon, saiga antelope, jeyran, fox, and polecat. Wolves and jackals can also be found, along with the weasel and ferret. The saiga, Persian gazelle, and Ustyurt mouflon are considered to only live around Ustyurt and Mangyshlak.

Ustyurt Nature Reserve contains a big variety of landscapes, from steppes and depressions to pillars reaching several hundred meters in height. The pillars can be several colors, including pale pink, blue and dazzling white. The vast Kenderlisor depression spans the entire length of the reserve, from the southwest to the northeast. Shakhr-i-Vazir, an ancient city, also lies in the reserve, along with dozens of Neolithic sites. 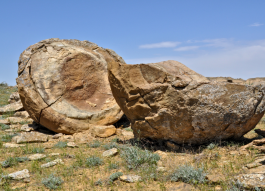 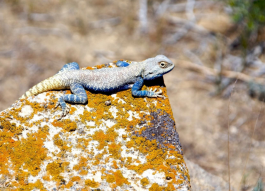 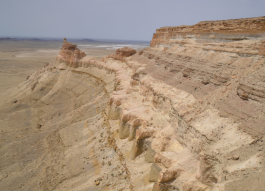 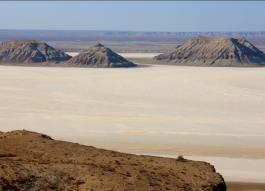 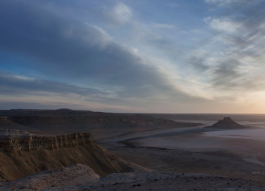 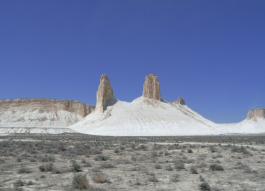 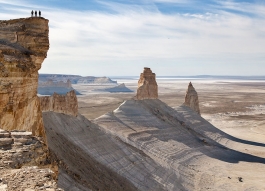 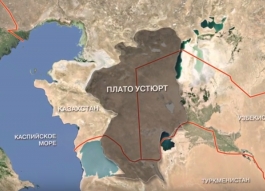