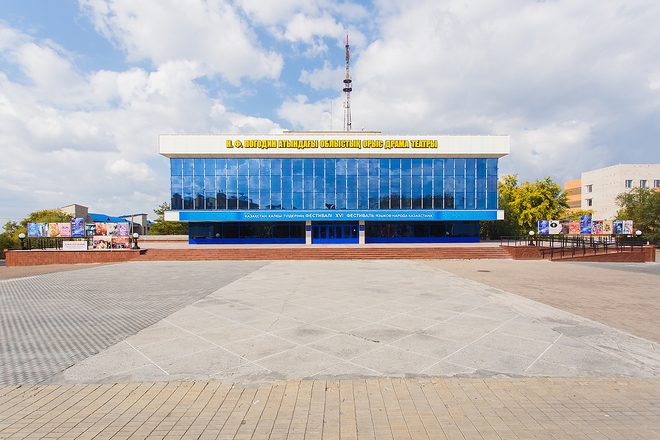 Petropavlovsk is one of the first cities in Kazakhstan, which had a theatrical life. The first mention and separate report about the theatrical culture belongs to the 60-s of the 19th century.

However, the true and documented history of Petropavlovsk scene had started in winter of 1886-1887 years. These lines: “Whole collection of dramatic artists is reigned in Petropavlovsk- a partnership under management of A.G. Gorbunov” can be read on the pages of Tomsk newspapers "Siberian Gazette" on January 1887.

The local historical museum has a curious document, "the Telegraph to Omsk from Petropavlovsk. General-Governor of the Western Siberia. 19 September 1887. Tomorrow performance for charity is proposed. Given "Happy Day", published in the July book "Notes of the Fatherland". The governor does not allow with non-receipt of instructions; I beg to resolve. Reply paid Sherbakov".

The premiere performances of the play "Happy Day" by A. Ostrovsky and N.Soloviev began gallery based on performances of the Great Russian playwright on September 1887. The name of Ostrovsky was on the first season posters. Theatre will keep this repertory fancy and in all subsequent years.

In the records of B. Talzatti "Theatrical business in Siberia" (dated 1897) states that in Petropavlovsk, "there is a small stone-built theatre with a capacity of 500-550 rubles for the public" and that during the winter it is possible to work a week or two to ensure full charges. Judging by the meager information from newspaper notes, dancing parties, concerts, played amateur theatricals were provided in the theatre room. Local fans showed several plays for the people on January-February 1897.

Alexander Ostrovsky's comedy "Poverty is no crime" and his own folk drama "Not live as you want" had attracted a lot of audience. When Russia was widely celebrated the centenary of the birth of N.Gogol, a great event in the cultural life of Petropavlovsk was the play "Marriage", which was played with a great success on 24 May 1909.

Russian Soviet theatre began own artistic career in spring 1918. A former entrepreneur, organizer and a good actor N. Sarmatov headed it. Ostrovsky’s works were performed and stages-meetings, painting – “Hymn to Labor”, “Great kommunar” and others were demonstrated. A memorable event in the life of the theatre was the season in 1923-24, when was the premiere "Bloody Sunday" by M. Gorky. Theatre played it in workers' clubs, and the proceeds were donated to the first monument for the leader of the world proletariat V.Lenin in the city, which was opened on July 1926.

In 1934, the name of the permanent correspondent of the "Pravda" newspaper Nicholay Pogodin was appeared first time in Petropavlovsk playbill. The play "My friend" was riddled by an acute sense of time. Audiences thought on the pressing problems of today's life by involving action.

Evacuated artists from other theatres arrived to Petropavlovsk in the autumn of 1941. A.Krasnopolskiy, L.Pokras, E.Milton, K.Choss and others joined to actors’ forces of the troupe. The troupe played performances and concerts at conscription centers, military units, hospitals, and traveled to rural areas. During the war years, there were performed over 2500 concerts, played over thirty primes. The play "Guard of honor" by M.Auezov was set in this period.

At the heart of it laid the original event - a heroic defense of Moscow by warriors of 316 Infantry Division under the command of Panfilov. Talented artist A.Kovalevsky created an image of the commander. Paul Rogalsky was in the role of Tulegen Tokhtarov, and at this time showed the versatility and power of his talent. When Paul Rogalski played on the scene, audiences often applauded. He was the first artist, who was awarded the title National Artist of the Kazakh SSR.

Historical drama "Chokan Ualikhanov" by Sabit Mukanov was performed first time on the Russian stage in 1957. It was about the short and beautiful life of Kazakh thinker, inquisitive ethnographer, bold traveler, journalist, scholar and researcher of history of the East.

The theater was named after Lenin Prize premium of playwright Nikolai Fedorovich Pogodin in autumn of 1962. In December 1972, the theatre moved to a beautiful new modern building. Theatre Director was Honored Artist S.Skvortsov, who took the symbolic key from constructors. The premiere of a new play "Saken Seifulin" by S.Mukanov was performed at a gala opening on 27 December.

The modern history of the theatre begins in the Independent Kazakhstan, which are 125-year-old age of creative work at the present day. Theatre does not lost best traditions, constantly updates the current repertoire and responds to the cultural and social events of our Republic.

Playbill of the theatre was updated with the best world drama in the years of Independence. Such as: "The Seagull", "Three Sisters" by A. Chekhov, "King Lear" by W. Shespir, "The Lion in Winter" by G.Goldman, "Vassa Zheleznova" by Gorky, "Uncle's Dream" by Fyodor Dostoevsky, "Happy Day", "The Storm" by Alexander Ostrovsky, "The Curious Savage" and "Dear Pamela by John Patrick and others.

A special branch of the repertoire is consisted of plays by Kazakh playwrights: "Kozy Korpesh and Bayan Sulu" by Gabit Musrepov on the X Republican festival of theatres. It was dedicated to 100th anniversary of G.Musrepov in Petropavlovsk. This performance won the Grand Prix. Written and performed stage about the great Kazakh poet Magzhan Zhumabaev - "The Court of Magzhan" received the title "Laureate" in the nomination "For vivid embodiment of a historical figure" on the Kazakh at the II International Theatre Festival of Central Asia (Almaty, 2008).

The mission of Russian Theatre named after Pogodin never ran out of purely artistic challenges. From the first day of existence, the theatre became as a link between Kazakh and Russian cultures, by facilitating their interaction and mutual enrichment. Theatre constantly confirms that asking standards of creativity in the region, remains the focus of savings of moral and aesthetic values, spiritual center, contributing to the formation of social stability, the humanization of identity and unity. 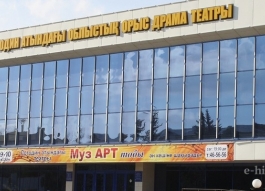 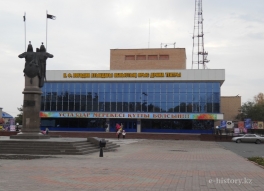 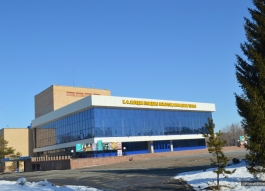 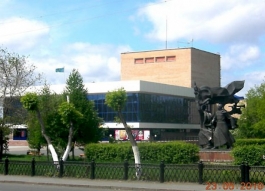 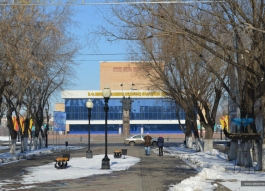 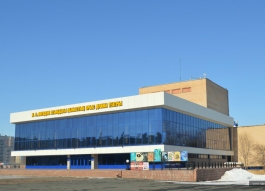 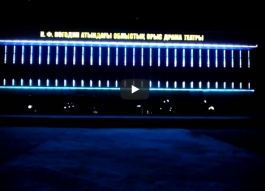